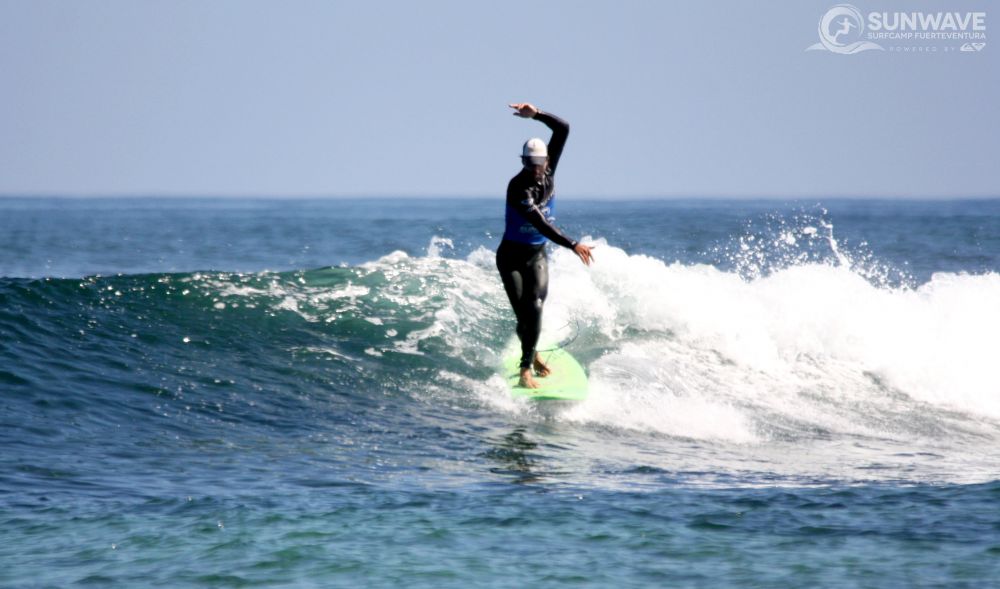 How to read a surf report

Your board is waxed and ready to ride. All you need are some sweet little swells, a bit of luck, and your surfing life is born. You have a few hours before work, so you hit your local beach… sorry, the tide’s too high and the waves are weak. Okay, how about surfing around noon tomorrow… nope, the wind is blowing 20 knots onshore and the ocean looks like a washing machine on spin cycle. Never mind you say, I’ll just go for a surf in a few days when the wind is calm and the tide is right… yep, dead flat.

Knowing how to read a surf report is a critical part finding surfable waves. Today, surfers can find helpful information about the surf conditions such as wave height, wind direction, swell direction and the tide all by checking an online surf report. As a guide, here at Sunwave Surfcamp we use windguru.com and magicseaweed.com, but there are many different sites out there great for giving you acurate readings in your local area so do some research!

One of the main questions that a surf report answers is, “How big are the waves going to be today?” This is given to us in the form of the wave height and swell period. Swell period is the amount of time is takes a wave to pass a certain point. The longer the swell period, the faster and more powerful waves will be. For example the report may say 2ft at 15 seconds. Even though the wave is only 2ft, it has a 15 second period which means the wave is traveling from a longer distance (known as a ground swell) and will result in powerful waves. A 2ft wave at 5 seconds will most likely result in small and weak waves. Short period swells generally mean that the wave was created by a storm close by and has not traveled far enough to gain speed and power. Swells that have a wave height of 8ft and a swell period of 22 seconds are going to be huge

The swell direction is the angle of which a wave is approaching the shoreline from.

Knowing which direction the swell or waves are coming from will give you an idea of how the wave will be hitting your area.

All you need to know about swell direction is how it impacts your specific surf spot. For example, in Fuerteventura, when a surf report says a west swell is on the way, they are describing waves originating from the west. Assuming your beach faces due west, the swell is on course to hit your break straight-on. If they are forecasting a southwest swell, then the swell will hit your break at an angle from the SW, giving you a different looking wave as it meets your beach, reef or point break. Knowing what swell directions work best for your local surf spots comes with time spent in the water and talking to locals. Checking your favorite surf sites each day doesn’t hurt either.

Offshore winds are ideal for surfing because they groom the waves surface and can result in a barreling wave.

Ideal conditions for surfing would include absolutely no wind. This is called glassy conditions, and a surfers dream scenario. However if you do have a little wind, it’s not the end of your surfing world.

There are two types of wind conditions in surfing; on shore wind and off shore wind.

On shore winds blow from the ocean towards the shore. These types of winds are terrible for surfers because it causes a choppy and bumpy surface which is harder to surf on. On shore winds break up the swells causing the wave height to be smaller and not as groomed. Some surfers who like to perform aerial maneuvers with their surfboards welcome a bit of onshore wind because it helps keep their surfboards close to their feet when in the air.

Off shore winds are the best kind of wind to have when surfing next to no wind of course. Off shore winds blow from land into the water creating very smooth and well groomed waves that can typically take a barrel shape. Off shore winds can be a problem when blowing to hard though. Surfers taking off on a wave can get blown back by the wind or sprayed with a large mist of water from the cresting wave making it hard to see as you drop in.

Knowing the wind direction and speed for your surf spot will help you decide which the best time to go out for surf is. Generally, most surf spots will have calm and glassy seas in the early morning with the wind picking up in the afternoon hours and then calming down again in the evening.

Surf Reports can give a surfer all the information needed about the current surf conditions in his or her area. Understanding the information of a surf report can paint a good picture of what the surf will look like.

The tide can have a major role on the way a waves breaks at a particular surf spot. Some surf spots do better on a high tide while others do better on a low to medium tide. Knowing which tide is best for your surf spot takes a bit of time to figure out. If you are unsure, just ask a local surfer or surf shop about the best surfing conditions for a spot. If you know how a wave breaks, then you have a leg up. Most beach breaks will work best at a medium to high tide because sand bars maybe too shallow or exposed on a lower tide causing the wave to close out or break all at once. Reef breaks work best on a low to medium tide with the higher tides causing the waves to slow down or go flat. This is because a wave needs to have a shallow bottom to cause friction and make the wave stand up and break on itself. Be careful however, some reef breaks are very shallow and dangerous to surf at very low tides due to exposed sharp coral or rocks.

Tides are controlled by the moon and therefore very predictable. There are two high tides and two low tides every day. Because the way the moon and earth rotate together, the times of the high and low tides will always be 51 minutes later than the day before. Surf reports will give you the times and levels of both high and low tide each day. The tide range, which is the difference between high and low tides for a particular area will also change with the phase of the moon. On a full moon, tides will be extremely high and then go extremely low, while new moons will create moderate to little change in the tide range. 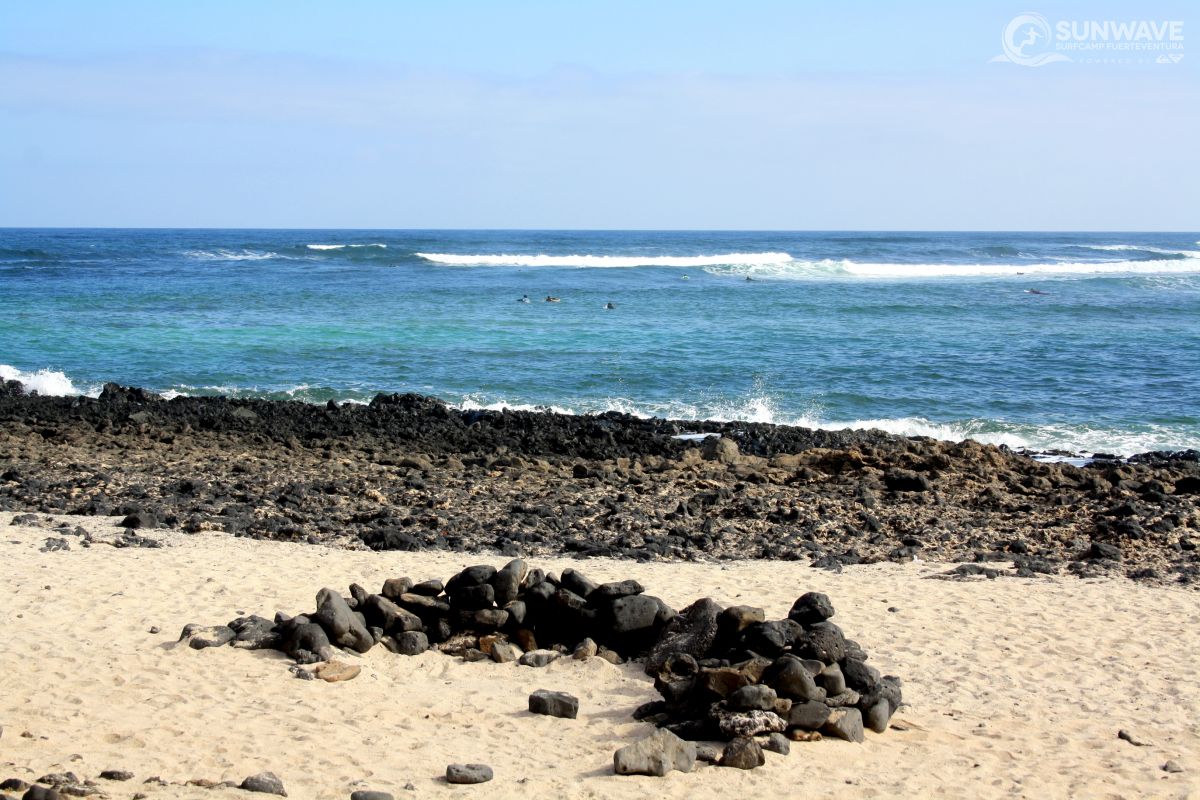 Click the blue button below to be directed to all the surfer pics.
You can download these for free, just remember to hashtag #sunwavesurfcamp on social media. Enjoy! 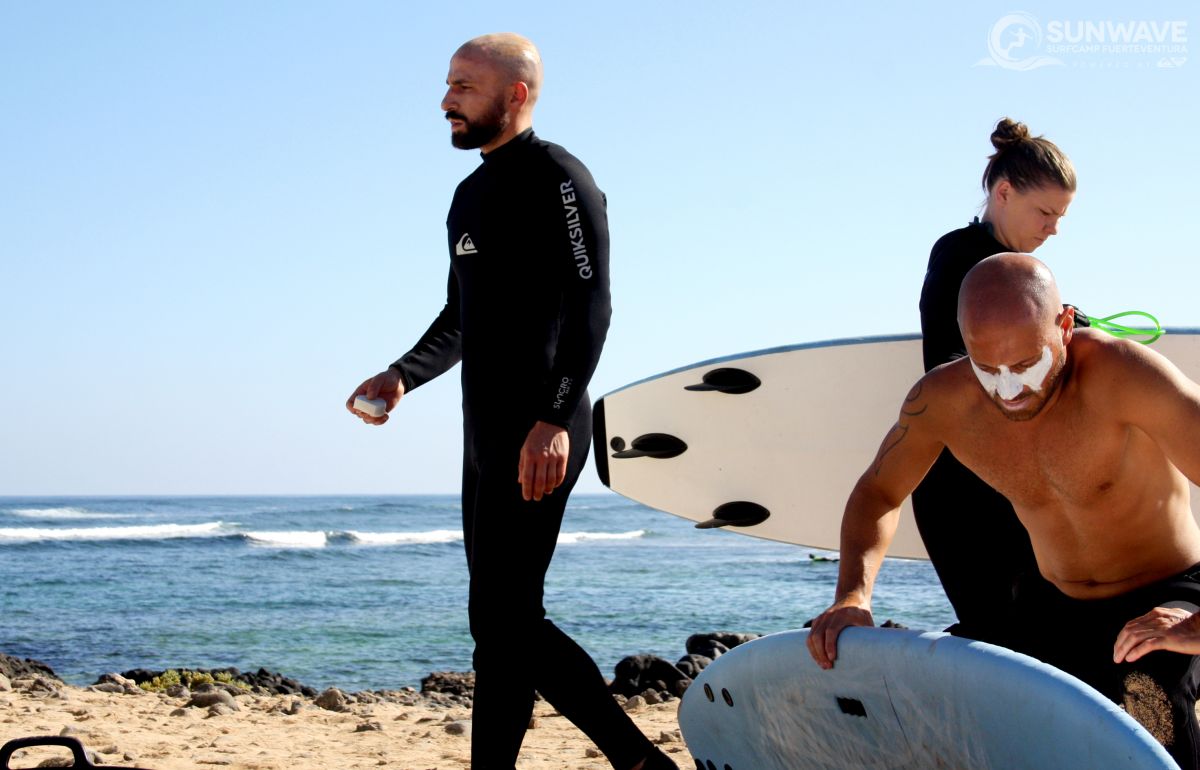 Click the blue button below to be directed to all the surfer pics.
You can download these for free, just remember to hashtag #sunwavesurfcamp on social media. Enjoy!

Looking for your surf images?